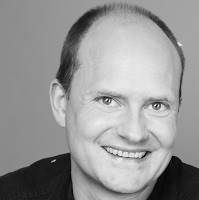 Marc Hanheide is a Professor of Intelligent Robotics & Interactive Systems in the School of Computer Science at the University of Lincoln, UK, and the director of the University’s cross-disciplinary research centre in Robotics, the Lincoln Centre for Autonomous Systems (L-CAS). He received the Diploma in computer science from Bielefeld University, Germany, in 2001 and the Ph.D. degree (Dr.-Ing.) also in computer science also from Bielefeld University in 2006. In 2001, he joined the Applied Informatics Group at the Technical Faculty of Bielefeld University. From 2006 to 2009 he held a position as a senior researcher in the Applied Computer Science Group. From 2009 until 2011, he was a research fellow at the School of Computer Science at the University of Birmingham, UK. Marc Hanheide is a PI in many national and international research projects, funded by H2020, EPSRC, InnovateUK, DFG, industry partners, and others, as well as the director of the EPSRC Centre for Doctoral Training (CDT) in Doctoral Training in Agri-Food Robotics (AgriFoRwArdS). The STRANDS, ILIAD, RASberry, and NCNR projects are among the bigger projects he is or was involved with. In all his work, he researches autonomous robots, human-robot interaction, interaction-enabling technologies, and system architectures. Marc Hanheide specifically focuses on aspects of long-term robotic behaviour and human-robot interaction and adaptation. His work contributes to robotic applications in care, logistics, nuclear decommissioning, security, agriculture, museums, and general service robotics. He features regularly in public media, has published more than 100 peer-reviewed articles, and is actively engaged in promoting the public understanding of science through appearances in dedicated events, media appearances, and public lectures.

Marc is an international expert in building and integrating software-intensive mobile robotic system. Software he has contributed to is used by the likes of Honda Research Europe, Lincolnshire County Council, BerryGarden Growers Ltd, SAGA robotics, and many more. Over the years Marc has contributed substantially to open-source software (see his GitHub account), and manages software development teams of up to 50 developers and researchers. Marc introduced continuous integration, cloud computing, continuous deployment, and Software as a Service concepts into a research-driven development environment. Marc regularly provides consultancy on robotic systems and automation to stakeholders in Agriculture, Logistics, Care, and Retail. He furthermore regularly appears in public media, like BBC Breakfast and the One Show, national radio, and newspapers.