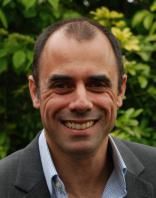 A computer scientist by training, Professor Caccamo has over 15 years’ experience in life science research and big data, including specific projects to apply the latest DNA sequencing technologies and bioinformatics methods to advance scientific understanding of crop genetics and the interaction of agricultural crops with their environment. Former positions include Director of The Genome Analysis Centre (TGAC), which is now known as The Earlham Institute.

Professor Caccamo led work on the assembly of the first whole-genome release of the wheat reference sequence and was also one of the founding co-chairs of the expert working group within the Wheat Initiative focused on the deployment of an international Wheat Information System. He also has a leading role in the cereal bioinformatics communities at both national and international levels.